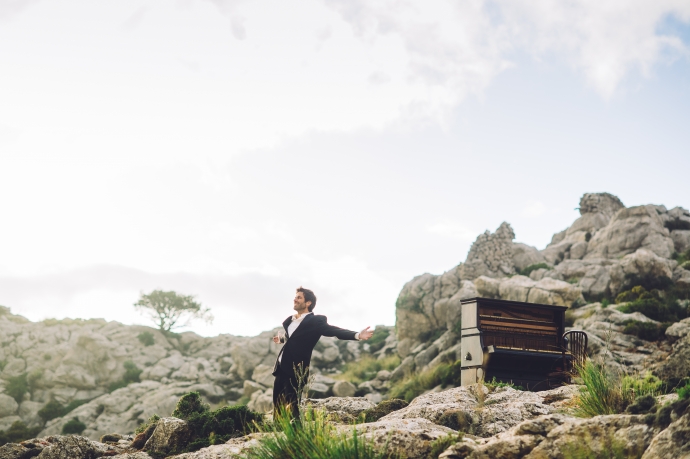 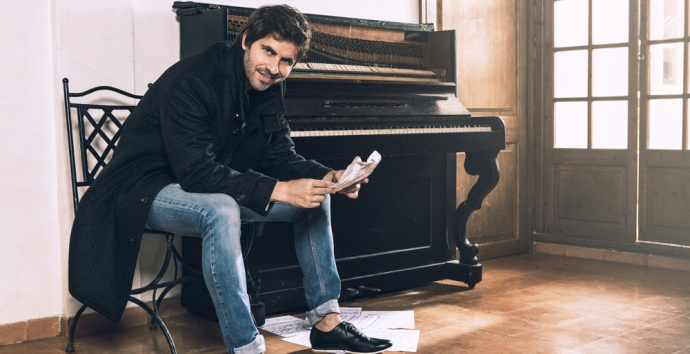 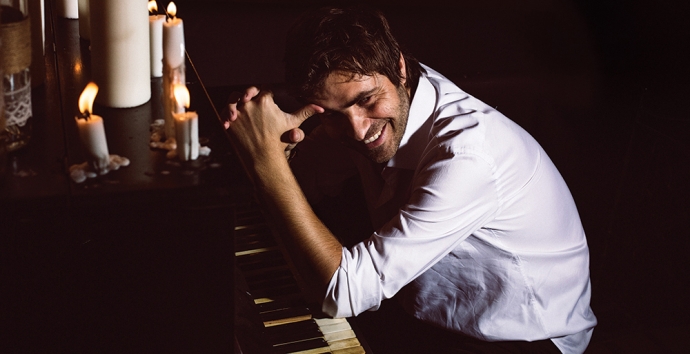 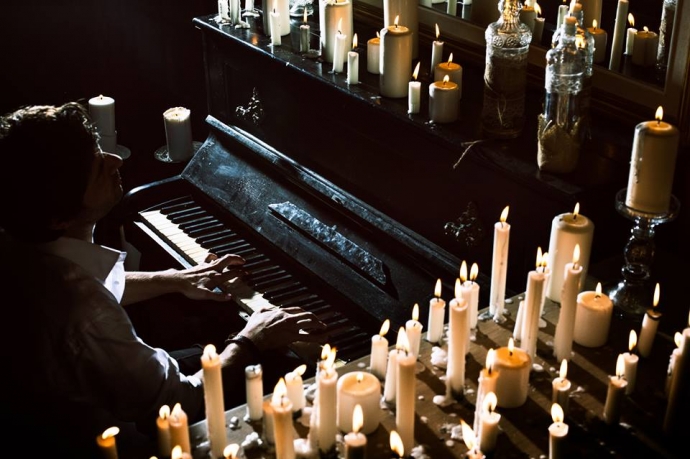 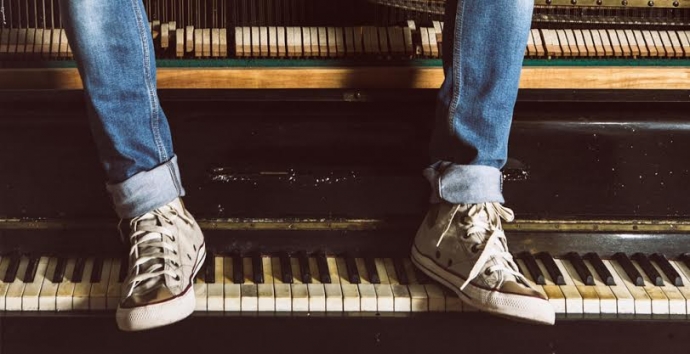 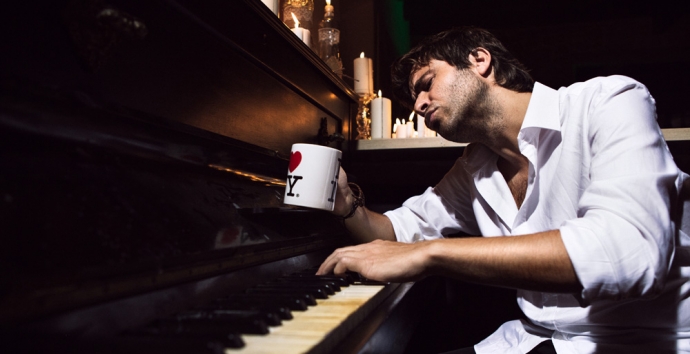 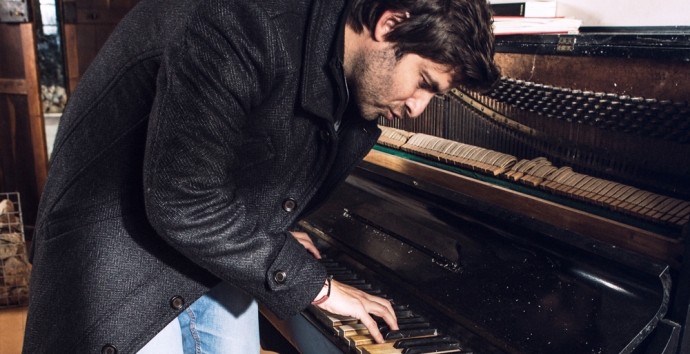 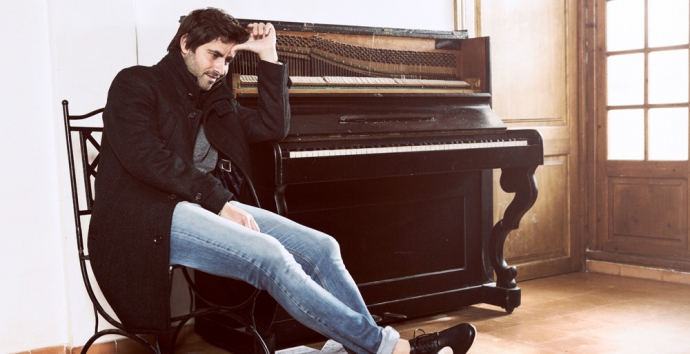 "I project my emotions through the piano"

Born in 1974. David Gómez was introduced to Music by Marta Christel at a very early age. He continued his musical education with Professor Emilio Muriscot and Claudie Desmeules (Professor at Geneva Conservatory), having also completed his skills with the pianist Michael Davidson at the Conservatory of Rotterdam (Netherlands). He has followed several specialisation courses with some other prestigious Pianists such as Roberto Bravo, Walter Hauzig, Ramón Coll,etc..

He gave his first concert at the age of 14, and since then he has performed in many other recitals as a soloist and as a chamber musician, performing with the Young Symphonic Orchestra of the Balearic Islands. His remarkable rendition of 'the Integral of W.A.Mozart's Sonatas for Piano', is to be highlighted as well as many other successful appearances at International Festivals. For this year he will play the complet Mozart Sonata's in Salamanca, Madrid, Athens, etc....

A few years ago he recorded his first album called 'A.Piazzolla. Tangos para Piano', which was presented successfully in the European capitals. His performances have gained international recognition. This Spanish pianist has played in legendary theatres such as Concertgebouw in Amsterdam, National Concert Hall in Dublin, St Martin in The Fields in London, Cairo Opera House, Concertgebouw de Doelen in Rotterdam, Chicago Cultural Center, Pushkin Museum in Moscow, etc..., he has also played in other countries such as: Denmark, Grmany, Philippines, Thailand, India, Singapore, Jordan, Arab Emirates, Israel, Syria, Indonesia, Mexico, USA, Nicaragua, Honduras, Chile, Paraguay, Slovakya,etc... , on invitation of the President of Honduras he offered a recital in the Presidential House. Last June he performed in the important International
Piano Festival "En blanco y Negro" in México DF, representing Spain. 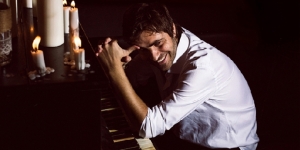 Two hundred candles will illuminate the renowned concert pianist and composer David Gómez, who will display his unique playing strength and shine with E. Morricone, E. Granados, F.Chopin, E. Lecuona, A. Piazzolla and his own work, with pieces like "The Island", "The Train", or "My Home", with which you will feel the cinematic nature of his album. A concert for music lovers of quality, of romantic and fascinating environments. Do not miss it! This project is carried out in special places, magical and original: Lighthouses, demolished churches, prisons, abandoned factories, talayotic sites, train stations, cemeteries, historic ruins, ponds, beaches ... Audio Tracks 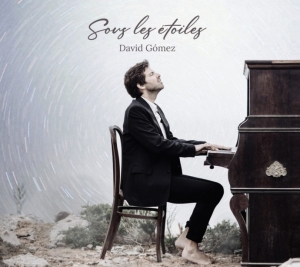 Available at the
official shop of David Gómez
CD 'Sous les étoiles', signed by David Gómez. Produced by Joe Dworniak, Joe Dworniak and David Gómez formed this collaboration to demonstrate a cinematic approach to making music - visual sounds if you will. Videos 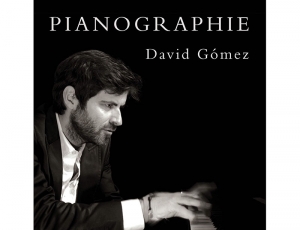 Available at the
official shop of David Gómez
CD 'Pianographie', signed by David Gómez. Produced by Joe Dworniak, Joe Dworniak and David Gómez formed this collaboration to demonstrate a cinematic approach to making music - visual sounds if you will. Videos Related links
https://itunes.apple.com/gb/album/pianographie/1314402844 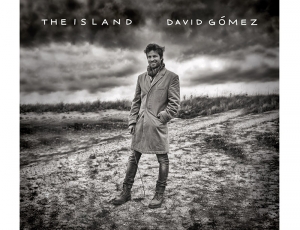 Available at the
official shop of David Gómez
'The Island' is David's debut recording as a composer, inspired by the somewhat solitary life he experiences as a pianist; the loneliness and lack of companionship when travelling to perform in far-off countries, the isolation felt by the many hours of daily practice and the distance felt when away from his family. David is very typically Spanish in terms of kinship, his family plays a huge part in his life, he is a romantic and his compositions are an expression of his dreams and the stories he creates. “Unlike many other piano virtuoso's, Gómez shuns dramatic mannerisms at the keyboard, while calmly allowing his music to weave a poetic spell. He believes that music is not just a sequence of melodic sounds but must tell a story and as a musical storyteller, there maybe few if any that are his equal” David Gellman The Star, Malaysia Audio Tracks 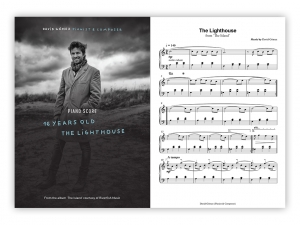 Available at the
official shop of David Gómez
Piano Score 'The Lighthouse' & '16 years old' from the album 'The island', David Gómez . (12 pages) 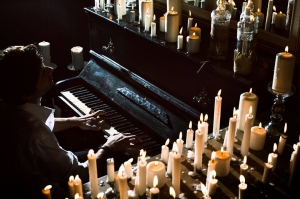